My First Orchid That I Didn’t Want

My First Orchid That I Didn’t Want

David gave me my first orchid, even though I didn’t want it. Don’t get me wrong, I love house plants.  All my life I have nurtured them in my home no matter how many times I have moved – which, by the way, is rather impressive.  Try, 16 huge moves AFTER I graduated from college……… the first time.

The summer before I married David, I made another huge move with my kids to Kerrville, Texas.  The kind of move from hell where you have all sorts of unnecessary, but very loved shi^^tage. You try to combine it into a home that your bachelor husband had already overstuffed with his own fabulous, well loved shi^^age 3 years previously.

David decided we needed to go rummage for more unnecessary, mutual shi^^tage. He introduced me to Fredericksburg Trade Days that third Saturday in June.  As we walked towards the entrance, I zeroed in on a man standing in the middle of the most fabulous display of white orchids I had ever seen.  I was mesmerized. I could not believe how huge the gorgeous blossoms were on every single plant.  Not only did each plant have multiple stalks covered in stunning blossoms, it had numerous buds promising massive future fabulousness. Each plant also carried an eye-opening hefty price tag.

I started to move on to the next vendor, but David insisted that maybe I wanted one for our new love nest.  I reassured him that I, absolutely, under no circumstances, wanted one. David laughed at me as I explained that these plants have a horrendously snotty reputation for the typical plant lover (perfectionist).  He didn’t care that I did not want orchid murderer on my resume.

David whipped out his wallet and told me to pick my favorite.  For the next 10 minutes, the man selling these picky showboats told me how easy it was to care for them. He gave me a nice, but overwhelming, tutorial on what these beauties need to thrive.  I listened dubiously to the weekly watering play by play using a single ice cube.  He finished up his tutorial with a nice lecture on the necessity of placement in a cold dark garage once every few weeks.

I stood there cross eyed arguing silently in my head. First of all, the ice cube trick made no sense to me whatsoever.  Not to mention, HELLO, we live in the Texas Hill Country and our garage is hot as Hades.  There was no way (in hell) that David was going to re-wire the garage for air conditioning….even for me……a first time orchid owner……the love of his life.

I looked skeptically at David to see if he picked up any of this “orchid jargon”. I was tempted to ask if he would consider a garage window unit purchase. But, David was oblivious to my worries.  I reluctantly placed my gorgeous girl on my hip. Begrudgingly, I walked around to the various vendors.  All day long, people stopped me to admire her, always pitifully smiling at me. They patted me on the back as if to know the pain headed my way.  I rolled my eyes silently in my head as I wondered how long before I killed her. Or, if she would even make it back to our love nest before dropping all her gorgeous buds in the floorboard.

That gorgeous girl has been with us nearly 5 years.  She has NEVER stopped blooming or preparing to bloom, in spite of my lack of knowledge and believe it or not, laziness in taking care of her.  She should have taken one for the team. Instead, she has continued to thrive as I slowly gained a great deal of knowledge on what works and what does not work for me regarding moth orchid care.  In fact, she has been so resilient and patient as my knowledge has grown, that I am now the proud owner of over a dozen beauties.

I have never murdered one of these – although I have accidentally tried……HARD.  Yes, I am also that chick that buys the 99 cent grocery store misfits that have been placed on Death Row because they dared to stop blooming.  There’s also a secret (it’s called a temperature change) to getting them to re-bloom.  Finally, I have also learned about fertilizer, light requirements, potting mix, pots, pruning, re-potting, and yes, even the conundrum of how to water them.

My first girl is a prime example of just how normal and forgiving these beauties really are.  I would dare to go against many other plant aficionados, and state that anyone who loves plants can grow them.  Moth orchids do not deserve the reputation they have been given and I am prepared to fight for them – one potential orchid owner at a time.

My Guidelines for Moth Orchids

J Dub’s Plant Pick of the Month – The Staghorn Fern

The Staghorn Fern is my most favorite indoor house plant to grow. Since I get asked about this unique statement maker almost daily, I thought I would share some of...

**This post contains affiliate links and I will be compensated if you make a purchase after clicking on my links. Arbequina Olive Trees are low maintenance and very easy to...

My Love Affair with Grass

I give my father all of the credit for my over the top, head over heels love affair with grass. Yes, I am weird, but I will tell you this……my...

Comments are now closed for this article. 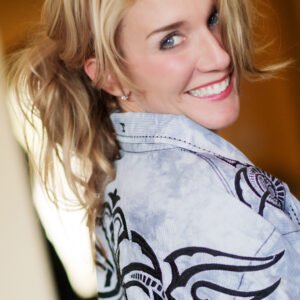 So you want to know about me? My name is Jennifer Williams – aka J Dub. Although my nickname may give you the impression that I am an aspiring, but unlikely, rapper, that is definitely not the case.